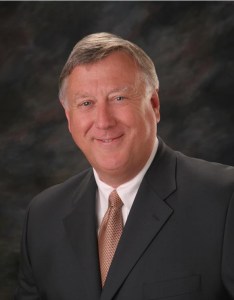 Travis S. Middleton, Jr. entered the insurance business in September 1977 with Prudential Insurance Company. In his first year with Prudential, Travis qualified to be in the Young Lions Club, a designation for first year top producers. He then went on to qualify for Prudential’s Regional Business conference as on of the top producers of the year.

Travis left Prudential to expand his products and knowledge in the areas of employee benefits. He has worked as the marketing director for property and casualty agencies specializing in employee benefits, life, and disability.

In 1989 Travis established TradeMark Insurance Agency specializing in group health insurance. On August 19, 1997, he joined Commercial Insurance Concepts, Inc., as the Employee Benefits Manager thus enabling himself to continue on a growth pattern both professionally and personally. He was responsible for developing a new start up division, Employee Benefits, for Commercial Insurance Concepts, Inc. in South Texas. Travis was responsible for marketing, sales, and retention in the employee benefit area. Utilizing fully insured and self-funded health insurance, plus group life, dental, and disability, he designed programs for clients and new prospects.

In August 1999, Travis re-established TradeMark Insurance Agency, after assisting Commercial Insurance Concepts in its efforts to be purchased by a national agency. He continues to use his 30 years of experience to provide quality products for his clients, specializing in designing domestic and international health insurance and employee benefit programs, including voluntary worksite programs and retirement programs.

Travis began working in the international benefits area eight years ago and two years ago repositioned his agency practice to devote his time to concentrating and developing international health cover and ancillary benefits. The result has been a rewarding journey of working with in-pats and ex-pats delivering working models of employee benefit programs from Singapore and Cambodia to Norway and the United Kingdom. Travis assists US based companies is setting strategies for employees working out-side of their home countries.

And in 2005 Colonial Life offered Travis a management position with their company to develop and manage brokers and agents to sell and enroll voluntary insurance products through payroll deduction. This allowed Travis to position his Agency for upcoming market changes in the delivery of health care and employee benefits.

He is a Trustee Emeritus on the Board of the Houston Association of Health Underwriters. Travis has served on the Houston Board, in several offices including President. And previously Chaired the Consumer Advocacy Committee which was formed to focus on the uninsured and underinsured in the Houston/Harris County Area.

Travis is a past elected Treasurer for the Texas State Board of the Texas Association of Health Underwriters and has previously served on the Legislative Committee as Chairman.

And through his Association Travis continues to lobby in Austin, Texas and Washington D.C. on health care related issues with legislators on behalf of his clients. Through the HealthCare Leadership Council, an advocacy group, Travis meets with local incumbents and candidates on health care issues.

He has been quoted in the Houston Chronicle on health care issues and has contributed to the Houston Business Journal. Travis was interviewed by Wealth and Retirement Planner concerning Health Savings Accounts and recently has been interviewed on the Affordable Care Act by NPR’s affiliate KUHF FM in Houston Texas. Travis was a guest of Houston Matters, KUHF FM being interviewed concerning the Affordable Care Act and taking questions from the listeners on how to access Federal Exchanges. These interviews have been carried to Los Angeles, Ca., New York City, NY, and Austin, Texas.

From August 2005 until February 2006, Travis was the Host for the “Employee Benefits Forum”, a live call-in cable television show devoted to showing businesses how to save or reduce premiums on their group health insurance. Here Travis invited experts of the insurance industry to come on his show to discuss different aspects of ancillary coverage that will enhance employee benefits while controlling cost on group health insurance.

He has served on the Parade Committee as a Vice-Chairman for the Houston Livestock Show and Rodeo, having been a member for the past eighteen years and is a Life Member. And three years ago Travis became a member of the Houston Livestock Show and Rodeo’s International Committee. In his capacity as a committeeman Travis works with the Consular Corp and International Chambers of Commerce events.

Currently, Travis is a member of the Better Business Bureau, and a past member of the Greater Houston Partnership (having worked on the Healthcare Task Force) working on the Emerging Issues Committee and the International Committee. Other chamber memberships include the British American Business Council and the Asian American Business Council and the International Foundation of Employee Benefits.

The Texas Department of Insurance invited Travis to be a member of the State Planning Grant- Houston Small Employer Steering Committee. This committee worked on establishing methods to help insure the uninsured and underinsured population of Texas.

And previously Travis was involved in the development of an insurance product to be made available to employers in Harris County to cover the uninsured employees through the Harris County Healthcare Alliance.

Travis is married to Joanne Ahier Middleton, CBC, CSA of Swansea, Wales, the United Kingdom and has two daughters, Stacey Schiltz and Caitlin Bacon. His daughter Stacey presented him with his first grandchild, Austin Edward Cortez.